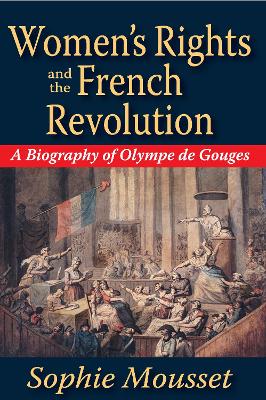 Women's Rights and the French Revolution

A Biography of Olympe De Gouges

Description - Women's Rights and the French Revolution by Sophie Mousset

Women played a major part in the French Revolution of 1789, but have received very little recognition for their contributions. The many claims and protests put forth by women at that time were suppressed, women's clubs were banned, and Olympe de Gouges, a leading contemporary advocate for women's rights, was silenced and has since remained an obscure figure. This book is the first biography of this astonishing woman.

After boldly publishing her Declaration of the Rights of Woman and of the Female Citizen in 1791, de Gouges was sent to the guillotine for having had the courage to mount the rostrum on behalf of women. Unlike many who have captured posterity's attention, de Gouges had great sympathy but no indulgence for her sex. Instead of considering her female colleagues as eternal victims, she understood that they were to some extent responsible for their misfortunes, and that if they united and devoted themselves to changing their image, they could become great. De Gouges called for the advent of a new woman, one who would relinquish the "nocturnal administering" of men.

Olympe de Gouges rightly deserves the title of pioneer, prophet, and heroine. This long-overdue biography pays her due homage. It will be of interest to students of the French Revolution, women's studies, and biography.

Other Editions - Women's Rights and the French Revolution by Sophie Mousset 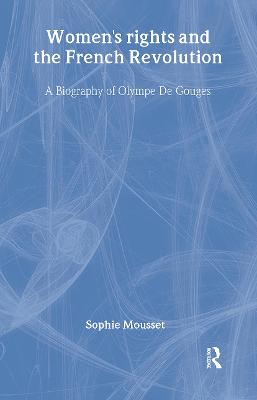 » Have you read this book? We'd like to know what you think about it - write a review about Women's Rights and the French Revolution book by Sophie Mousset and you'll earn 50c in Boomerang Bucks loyalty dollars (you must be a Boomerang Books Account Holder - it's free to sign up and there are great benefits!)

Sophie Mousset is an avid writer, photographer, and traveler who spends most of her time abroad and on the high seas as a crew member of the three-masted ship, The Boudeuse.

A Preview for this title is currently not available.
More Books By Sophie Mousset
View All