I was walking down the road, and I saw a donkey... hee-haw! And he only had three legs.
He was a wonky donkey...In this funny,
cumulative song, each page tells us something new about the donkey until
we end up with a spunky, hanky-panky cranky stinky dinky lanky
honky-tonky winky wonky donkey, which will have children in fits of
laughter! There is much fun to be had by listening to the song and trying to predict the new word for each clue given! Includes bonus CD performed by Craig Smith. 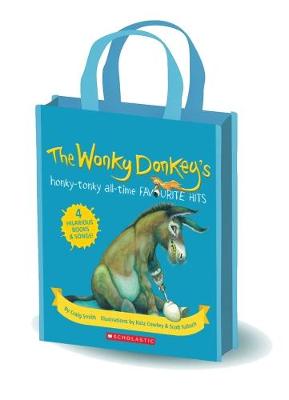 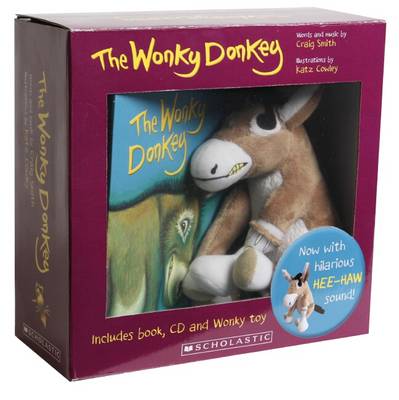 » Have you read this book? We'd like to know what you think about it - write a review about Wonky Donkey book by Craig Smith and you'll earn 50c in Boomerang Bucks loyalty dollars (you must be a Boomerang Books Account Holder - it's free to sign up and there are great benefits!)

This is a hilarious story of a ridiculous donkey. Illustrations of this lopsided cheeky little fellow make the book highly entertaining for the little ones and big kids at heart. Our toddler loves doing interpretive dancing to the CD sound track - almost as funny as the book itself.

Just be careful when trying to read / sing the book because it can be very easy to say some undesirable words that end in "nky" and rhyme with lanky......ooops.

This team have also written a book about a little bumble bee (again with a CD sound track) but I would have to say that the original is still the best!

Singer/songwriter Craig Smith performs at gigs around the South Island. He has lived in Australia for 4 years and Vietnam for 6 years, and says Spike Milligan and his Mum are his greatest influences. Katz Cowley is a British-born illustrator. Katz has a degree in illustration from the University of Northumbria. She spent a year and a half travelling around SE Asia and living in Australia before arriving in NZ in 2000, where she has been ever since.