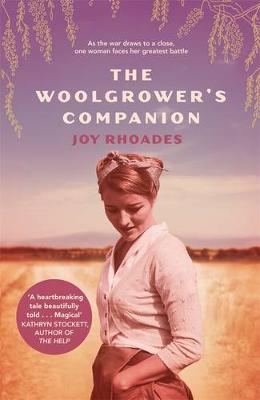 Set over ten tumultuous months in 1945, The Woolgrower's Companion is the gripping story of one woman's fight against all odds, and a sweeping tribute to Australia's landscape and its peoples.

Australia 1945. Until now Kate Dowd has led a sheltered life on Amiens, her family's sprawling sheep station in northern New South Wales. The horrors of war have for the most part left her untouched. But with her father succumbing to wounds he's borne since the Great War, the management of the farm is increasingly falling on Kate's shoulders.

With only the sheep-rearing book The Woolgrower's Companion to guide her, Kate rises to the challenge. However the arrival of two Italian POW labourers unsettles not only the other workers, but Kate too - especially when she finds herself drawn to the enigmatic Luca Canali.

Then she receives devastating news. The farm is near bankrupt and the bank is set to repossess. Given just eight weeks to pay the debt, Kate is now in a race to save everything she holds dear.

'A heart-breaking tale beautifully told . . . This compelling story of war and love, of family and prejudice is magical' Kathryn Stockett, author of The Help

'This sweeping epic set in rural NSW is about love, family and testing our mettle - and it's compulsively readable. Just the thing for those lazy summer days' Marie Claire

Other Editions - The Woolgrower's Companion by Joy Rhoades 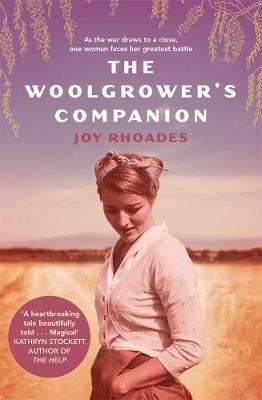 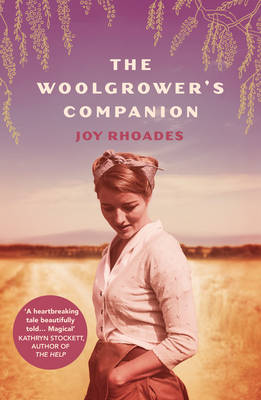 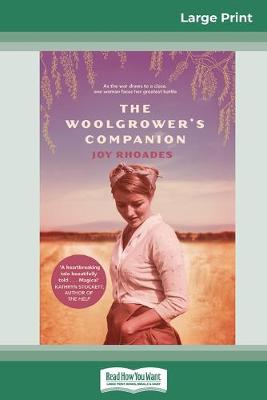 » Have you read this book? We'd like to know what you think about it - write a review about Woolgrower's Companion book by Joy Rhoades and you'll earn 50c in Boomerang Bucks loyalty dollars (you must be a Boomerang Books Account Holder - it's free to sign up and there are great benefits!)

“Mr Harold Kenneth John McGintey was a much smaller man than his name had suggested. Kate had some difficulty seeing much of him at all behind the big desk. He reminded her of an elderly wombat, low to the ground and slow-moving”

By early 1945, graziers in the Northern Tablelands of NSW were in the grip of an unrelenting drought. Coupled with the scarcity of able-bodied men, who were either fighting in the war, or casualties of it, the situation was dire enough that many property owners welcomed the Rural Employment Scheme. Although Italy had joined the Allies, Italian POWs remained prisoners and were forced to work on farms, despite the community’s enormous sense of resentment and distrust.

Great War veteran, Ralph Stimson had worked hard to build up his Soldier Settler Block into a substantial property, Amiens. He is grateful for the arrival of Luca Canali and Vittorio Bottinella, even if his manager, Keith Grimes is wary. Young Harry Grimes, the manager’s now-orphaned great-nephew has arrived on the same train, destined to live in Keith’s cottage.

With her husband, Jack at war, her mother, Janice, who had always discouraged Kate’s involvement in the paddocks, now two years dead, and her father, who handles all the finances, now acting strangely, Kate is concerned. When Alwyn Addison, the officious (and rather oily) bank manager informs Kate that she will need to make plans to vacate the property unless the overdraft payment is made within eight weeks, she discovers just how perilous their financial situation really is.

Added to her worries is the recent skittiness of fourteen-year-old Daisy, their Aboriginal domestic, and the looks and gentle manner of the POW assigned to help her with the garden are distracting, especially to a woman wedded in haste and separated from Jack after a mere six months of marriage. Of course, for the POWs, fraternisation is an offence attracting jail time. And when Kate thinks nothing more can go wrong, the situation worsens. What a wonderful debut novel! Rhoades captures the mood and feel of the mid-forties farming community with consummate ease. Her descriptive prose is often breathtaking, and Kate’s strong love for Amiens (and her determination to save it from the bank) is well-conveyed. Each chapter is prefaced with a quote from The Woolgrower’s Companion, whose text is often quite apt for the events of that chapter. Her extensive research is apparent in every chapter and her characters are multi-faceted, not necessarily behaving quite as expected. Seven traditional recipes are included at the end, along with Book Club Questions.

Other novels have been written around the theme of Italian POWs working on the land, notably Susan Temby’s The Bread with Seven Crusts, Goldie Goldbloom’s The Paperbark Shoe and Fiona Palmer’s The Sunnyvale Girls, and there are probably hundreds more stories to be told, but none is a carbon copy, and The Woolgrower’s Companion has its own originality. Apart from the treatment of Italian POWs in Australia, Rhoades also touches on the Stolen Generation, PTSD and early dementia. This is a great read and readers will look forward to more from this talented author.

Joy Rhoades was born in Roma in western Queensland, with an early memory of flat country and a broad sky. Growing up, she loved two things best- reading and the bush, whether playing in creek beds and paddocks, or climbing a tree to sit with a book. Her family would visit her grandmother, a fifth generation grazier and a gentle teller of stories of her life on her family's sheep farm. At 13, Joy left Roma for Brisbane, first for school and then to study law at university. After graduating, she worked all over- first Sydney, then London, Hong Kong, Singapore, Tokyo and New York. It was in New York that she completed a Masters in Creative Writing at the New School University, and wrote much of The Woolgrower's Companion, a novel inspired in part by snippets of her grandmother's life and times. She now lives in London with her husband and their two young children, but she misses the Australian sky.