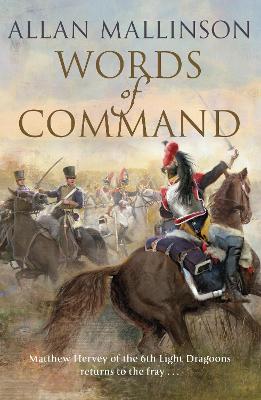 Once again, THE SUNDAY TIMES BESTSELLING AUTHOR Allan Mallinson captivates readers with an eminently readable piece of historical fiction. If you're a fan of Patrick O'Brian, Bernard Cornwell and CS Forester, you'll love this.

'The Matthew Hervey books have a way of getting under your skin...reveals a man who is very much of his time -and one to have beside you when riding into action.' - DAILY MAIL
'One for the fans, who will not be disappointed by Mallinson's winning combination of scrupulous research and derring-do...with the French in front and the Russians behind, Hervey's your man.' - THE TIMES
'Leaves the reader slavering for the next instalment.' -- ***** Reader review
'This is historical fiction at its very best.' -- ***** Reader review
'Such a pleasure to read a well written, well edited, well researched, readable piece of historical fiction.' -- ***** Reader review

January 1830, and one of the hardest winters in memory...

The prime minister, the Iron Duke, is resisting growing calls for parliamentary reform, provoking scenes of violent unrest in the countryside.

Against this inflammable backdrop Lieutenant-Colonel Matthew Hervey, recently returned from an assignment in the Balkans, takes command of his regiment, the 6th Light Dragoons. His fears that things might be a little dull are quickly dispelled by the everyday business of vexatious officers, NCOs promotions and incendiarists on the doorstep of the King himself.

But it's when the Sixth are sent to Brussels for the fifteenth anniversary celebrations of the battle of Waterloo and find themselves caught up in the Belgian uprising against Dutch rule that the excitement really starts.

Will Hervey be able to keep out of the fighting - a war that would lead, nearly a century later, to Britain's involvement in an altogether different war - while safeguarding his country's interests? Not likely!

» Have you read this book? We'd like to know what you think about it - write a review about Words of Command book by Allan Mallinson and you'll earn 50c in Boomerang Bucks loyalty dollars (you must be a Boomerang Books Account Holder - it's free to sign up and there are great benefits!)

At seventeen, Allan Mallinson gave up the promise of an exhibition at Brasenose College, Oxford to go instead to theological college. After three years he decided to take a break in training with a short-service commission in the army. He served with the infantry worldwide, and then, on deciding to make the army a career, transferred to the cavalry. He began writing while still serving u first, a history of the antecedent regiments of that which he commanded, and then the Matthew Hervey series of novels chronicling the life of a fictitious cavalry officer before and after Waterloo. He left the army in 2004 as a brigadier to write full time, including defence comment for the Daily Telegraph and then The Times. In 2009 his The Making of the British Army, a survey of the army's history and development since 1660, was shortlisted for several prizes and chosen by Jeremy Paxman for the Observer's Books of the Year'. An updated edition, with a commentary on the Strategic Defence and Security Review, was published in 2011. His centenary history, 1914- Fight the Good Fight u Britain, the Army and the Coming of the First World War was shortlisted fo