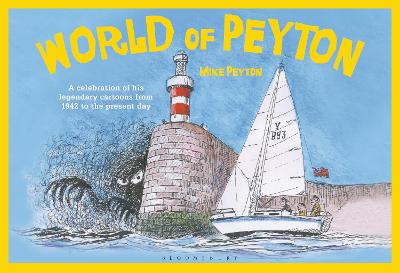 Mike Peyton drew his first cartoon in 1942. At the time he was interned in a German prisoner of war camp, and the cartoon appeared in a newspaper run by and for his fellow prisoners. Seventy years later, he has only recently stopped providing cartoons for the Yachting Monthly Confessional column for which he has become so well loved in recent decades.

Having provided illustrations for magazines as varied as the Church of England Times and Corsetry & Underwear, Mike became best known for cartoons relating to his first love - yachting (and as he will happily point out, he had a boat before he had a car). To celebrate his career, Adlard Coles Nautical presents this hilarious retrospective of the very best of Mike's cartoons from the last eight decades, a collection that will bring a smile to the face of even the most rain-sodden sailor stuck in his marina berth for another week supposedly in summer.

When yachting journalist Dick Durham wrote Mike's biography, he called Mike 'the world's greatest yachting cartoonist' and this book shows why. Witty, wise and well-executed, Mike's lively, perceptive and highly distinctive cartoons will speak to anyone who has ever taken to the water.

Other Editions - World of Peyton by Mike Peyton 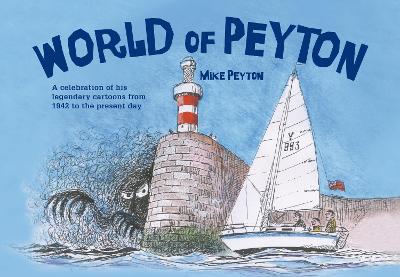 » Have you read this book? We'd like to know what you think about it - write a review about World of Peyton book by Mike Peyton and you'll earn 50c in Boomerang Bucks loyalty dollars (you must be a Boomerang Books Account Holder - it's free to sign up and there are great benefits!)

Mike Peyton is Britain's best loved nautical cartoonist - and a sailor himself. For years he has made his mark, contributing witty and poignantly funny cartoons to the yachting and boating press all over the world, poking fun at seafarers of all types and capturing in his distinctive cartoon style their often eccentric and idiosyncratic ways. Adlard Coles Nautical has published three other books by Mike Peyton: Out of Our Depth, Ever Wonder Why We Do It? and Mike Peyton's Floating Assets.

A Preview for this title is currently not available.
More Books By Mike Peyton
View All