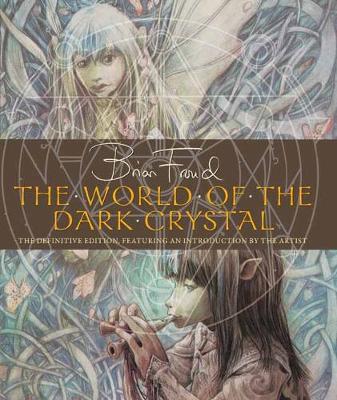 World of the Dark Crystal,The

Description - World of the Dark Crystal,The by J.J. Llewellyn

The World of The Dark Crystal invites fans to delve into the creation and lore of the Jim Henson classic through the evocative illustrations of Brian Froud, concept designer on the original film.

Since its original release in 1982, Jim Henson's brilliant film The Dark Crystal has gone on to become a beloved cult classic. The World of Dark Crystal-the original companion art book to the film-was created by Henson and internationally renowned artist Brian Froud to showcase the gorgeous conceptual artwork created for the film and delve deeper into the lore that underpins Thra, the magical world at the heart of the film. Now, for the first time in over a decade, The World of Dark Crystal is back in print, featuring an abundance of striking art and all of the bonus material from the 2003 Collector's Edition. Also included in this exclusive volume is a fascinating essay by Froud on the creative process behind the making of the film and a facsimile of a booklet presented to the film's early backers-a gorgeous overview of the story so rare only a few original copies exist. Beautiful, imaginative, and powerful, The World of The Dark Crystal celebrates the landmark fantasy film that continues to win new fans more than three decades after its release.

Book Reviews - World of the Dark Crystal,The by J.J. Llewellyn

» Have you read this book? We'd like to know what you think about it - write a review about World of the Dark Crystal,The book by J.J. Llewellyn and you'll earn 50c in Boomerang Bucks loyalty dollars (you must be a Boomerang Books Account Holder - it's free to sign up and there are great benefits!)


A Preview for this title is currently not available.
More Books By J.J. Llewellyn
View All