The WTO is one of the most important intergovernmental organizations in the world, yet the way in which it functions as an organization and the scope of its authority and power are still poorly understood. This comprehensively revised new edition of the acclaimed work by an outstanding team of WTO law specialists provides a complete overview of the law and practice of the WTO. The authors begin with the institutional law of the WTO (such as the
sources of law and remedies of the dispute settlement system), then tackle the principal substantive obligations of the WTO regime (including tariffs, quotas, and MFN). They then move on to consider
unfair trade, regional trading arrangements, and developing countries. In its final section the book deals with the consequences of globalization: first, where free trade is seen to be incompatible with environmental protection and, second, where WTO law confronts legal regimes governing issues of competition and intellectual property.

Other Editions - The World Trade Organization by Mitsuo Matsushita 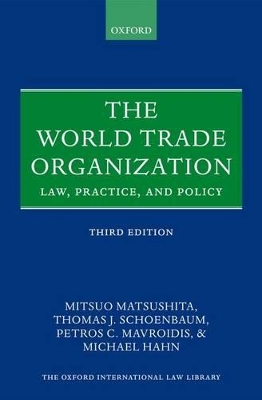 » Have you read this book? We'd like to know what you think about it - write a review about World Trade Organization book by Mitsuo Matsushita and you'll earn 50c in Boomerang Bucks loyalty dollars (you must be a Boomerang Books Account Holder - it's free to sign up and there are great benefits!)

Mitsuo Matsushita is a professor emeritus of Tokyo University and a counsel to Nagashima, Ohno & Tsunematsu, a leading international law firm in Tokyo. Having earned a Ph.D. degree from Tulane University in 1962 and a D.Jur. degree from Tokyo University in 1968, he went on to be internationally acknowledged as a Japanese expert in the field of competition law and international economic law. In his academic career, he has held professorships in Japan at Sophia University, Tokyo University and Seikei University. He has been a visiting professor at Harvard Law School, Michigan Law School, Columbia Law School, the Monash University in Australia and at the College of Europe in Bruges, Belgium. He has written many books and articles on various aspects of international trade and competition and investment law. In his public career, he served as one of the founding members of the Appellate Body of the World Trade Organization from 1995 to 2000. Thomas J. Schoenbaum serves as a Professor of International Studies at the International Christian University in Japan. He has taught at the law schools of the University of North Carolina, Tulane University, and the University of Georgia. At Tulane he served as associate dean and at Georgia he was executive director of the Dean Rusk Center of International and Comparative Law. He has practiced law extensively as special counsel for several law firms and has litigated corporate, environmental, and admiralty cases in the federal courts. Professor Schoenbaum has received six Fulbright awards and has held teaching posts in many countries, including Germany, Belgium, the UK, South Africa, Austria, Russia, and Japan. He has served as visiting fellow at St. John's College, Oxford and as principal fellow of the Lauterpacht Research Centre of International Law at Cambridge. Professor Schoenbaum specializes in international commercial and environmental law. He is the author of many articles and books. Petros C. Mavroidis is professor of European Union and World Trade Organization (WTO) Law at the University of Neuchatel and at Columbia Law School, New York. He was previosuly Chair for Competition Law at European University Institute, Florence and member of the Legal Affairs Division at the WTO. He is chief co-rapporteur at the American Law Institute (ALI) for the project "Principles Of International Trade Law: The WTO" and rapporteur for the ILA (International Trade Law Committee). Michael Hahn is Jean Monnet Professor of European Law at the Faculty of Law and Criminal Sciences, University of Lausanne, and Academic Director of Faculty's LL.M. Programme. 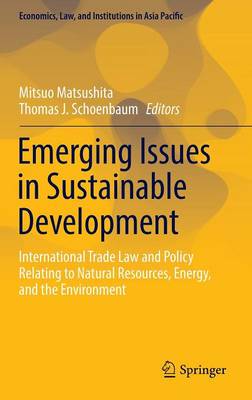 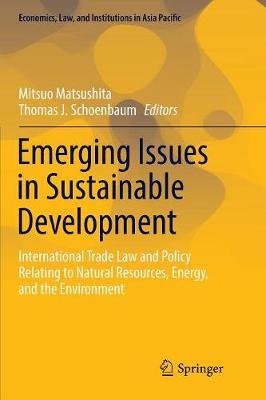