World War I on the Front Lines

Description - World War I on the Front Lines by Tim Cooke

The war that broke out in Europe in 1914 soon became focused on the trenches of the Western Front. Enemies faced one another across a narrow gap. Millions of men died in attacks on enemy positions. The United States joined the war in 1917. U.S. soldiers sailed across the Atlantic to fight in the trenches. They faced terrifying new weapons terrible living conditions and relentless enemies.
Life on the Front Lines takes you behind the scenes of some of the major conflicts of the last 150 years. It uses eyewitness accounts revealing photographs and detailed text to let you stand in the soldiers' shoes and experience all parts of their lives in the conflicts. 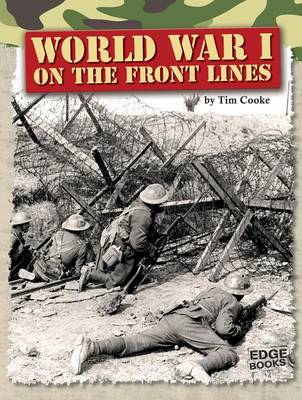 » Have you read this book? We'd like to know what you think about it - write a review about World War I on the Front Lines book by Tim Cooke and you'll earn 50c in Boomerang Bucks loyalty dollars (you must be a Boomerang Books Account Holder - it's free to sign up and there are great benefits!)


A Preview for this title is currently not available.
More Books By Tim Cooke
View All

A Question of History: Did the kings of Benin keep pet leopards? And other questions about the kingdom of Benin
$21.59 $26.99

A Question of History: Did Romans really eat flamingos? And other questions about the Romans
$21.59 $26.99

A Question of History: Did Vikings wear horns on their helmets? And other questions about the Vikings
$30.77 $34.19