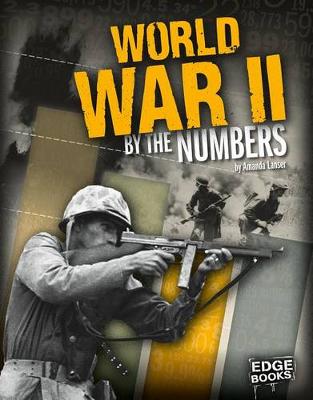 World War II by the Numbers

Description - World War II by the Numbers by Amanda Lanser

How much did the gear and weapons of a typical combat soldier weigh during World War II How many Americans were awarded the Medal of Honor for their roles in the conflict Numbers high-impact stats and a unique infographic format combine to present the gripping story of Word War II. With stats on everything from battles to weapons these numbers give young readers a look at the most destructive war in history.

» Have you read this book? We'd like to know what you think about it - write a review about World War II by the Numbers book by Amanda Lanser and you'll earn 50c in Boomerang Bucks loyalty dollars (you must be a Boomerang Books Account Holder - it's free to sign up and there are great benefits!)


A Preview for this title is currently not available.
More Books By Amanda Lanser
View All