A picture-packed guide to one of the most brutal conflicts of the 20th century
In collaboration with the Imperial War Museum, go back in time and experience history with this picture-led guide to the Second World War.

This book tells the story of the second devastating conflict of the 20th century that tore the world apart by - divided by international alliances and growing tensions between nations. Meet the key players who influenced the outcome of this global struggle. Explore major events such as the attack on Pearl Harbour, the Battle of Britain, the D-Day invasion, and the atomic bombs in Japan, and discover how clever code-breakers developed new technology to decipher hidden messages and gain military advantage over their enemies.

DK Eyewitness World War II expertly illustrates the lessons of the Second World War and how they impact our world today. This museum in a book uses striking full-colour photographs and illustrations of warfare, weaponry, vehicles, maps, and secret documents along with amazing facts, infographics, statistics, and timelines to reveal this conflict as never before.

Part of the best-selling DK Eyewitness, which is now getting an exciting makeover, this popular title has been reinvigorated for the next generation of information-seekers and stay-at-home explorers, with a fresh new look, new photographs, updated information, and a new "eyewitness feature - fascinating first-hand accounts from experts in the field. 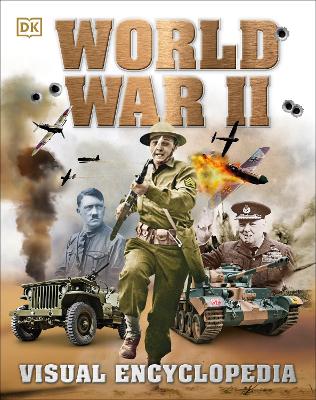 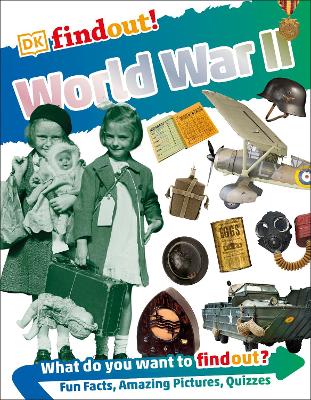 » Have you read this book? We'd like to know what you think about it - write a review about World War II book by DK and you'll earn 50c in Boomerang Bucks loyalty dollars (you must be a Boomerang Books Account Holder - it's free to sign up and there are great benefits!)


A Preview for this title is currently not available.
More Books By DK
View All

The Book of Mythical Beasts and Magical Creatures: Meet your favourite monsters, fairies, heroes, and tricksters from all around the world
$37.56 $44.72