Worlds in Shadow: Submerged Lands in Science, Memory and Myth

The traces of much of human history - and that which preceded it - lie beneath the ocean surface; broken up, dispersed, often buried and always mysterious. This is fertile ground for speculation, even myth-making, but also a topic on which geologists and climatologists have increasingly focused in recent decades. We now know enough to tell the true story of some of the continents and islands that have disappeared throughout Earth's history, to explain how and why such things happened, and to unravel the effects of submergence on the rise and fall of human civilizations.

In Worlds in Shadow Patrick Nunn sifts the facts from the fiction, using the most up-to-date research to work out which submerged places may have actually existed versus those that probably only exist in myth. He looks at the descriptions of recently drowned lands that have been well documented, those that are plausible, and those that almost certainly didn't exist.

Going even further back, Patrick examines the presence of more ancient lands, submerged beneath the waves in a time that even the longest-reaching folk memory can't touch. Such places may have played important roles in human evolution, but can only be reconstructed through careful geological detective work. Exploring how lands become submerged, whether from sea-level changes, tectonic changes, gravity collapse, giant waves or volcanoes, helps us determine why, when and where land may disappear in the future, and what might be done to prevent it.

Other Editions - Worlds in Shadow: Submerged Lands in Science, Memory and Myth by Patrick Nunn 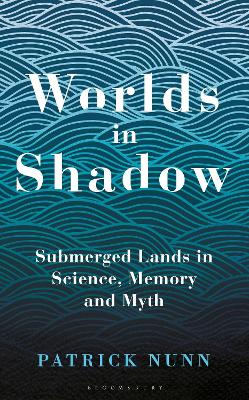 » Have you read this book? We'd like to know what you think about it - write a review about Worlds in Shadow: Submerged Lands in Science, Memory and Myth book by Patrick Nunn and you'll earn 50c in Boomerang Bucks loyalty dollars (you must be a Boomerang Books Account Holder - it's free to sign up and there are great benefits!)


A Preview for this title is currently not available.
More Books By Patrick Nunn
View All