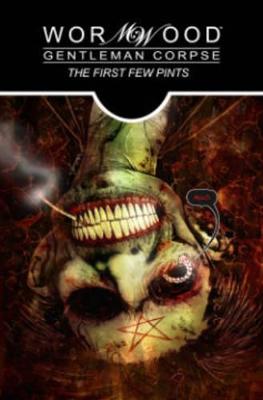 An oversized hardcover collection that includes the first three volumes of Wormwood- Gentleman Corpse. Wormwood is an intergalactic, inter-dimensional, immortal, happy-go-lucky larval worm-thing with a liking for fine stout, strippers, and most of the other vices planet Earth has on offer. He wears corpses like suits. Follow along as Wormwood, his robotic drinking companion Mr. Pendulum, and his new hire Phoebe take on demonic beings nesting in humans, nasty leprechauns, and face the revenge of the Brotherhood of the Calamari.

» Have you read this book? We'd like to know what you think about it - write a review about Wormwood, Gentleman Corpse The First Few Pints book by Ben Templesmith and you'll earn 50c in Boomerang Bucks loyalty dollars (you must be a Boomerang Books Account Holder - it's free to sign up and there are great benefits!)