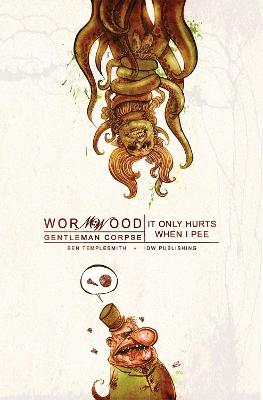 Wormwood, Gentleman Corpse Volume 2 It Only Hurts When I Pee

Description - Wormwood, Gentleman Corpse Volume 2 It Only Hurts When I Pee by Ben Templesmith

This second collection of Eisner Award-nominated artist Ben Templesmith's Wormwood moves beyond the simply bizarre and into the sublime lunacy that is Lephrechaunia as Wormwood and his posse search for the Leprechaun Queen, the only being capable of lifting the terminal curse that our hero has contracted. But if rabid leprechauns and inter-dimensional travel isn't enough to get your head spinning, enter the Squidmen, a terrifying collective of "gatherers," hell bent on ingesting everything they can get their tentacles on!

Book Reviews - Wormwood, Gentleman Corpse Volume 2 It Only Hurts When I Pee by Ben Templesmith

» Have you read this book? We'd like to know what you think about it - write a review about Wormwood, Gentleman Corpse Volume 2 It Only Hurts When I Pee book by Ben Templesmith and you'll earn 50c in Boomerang Bucks loyalty dollars (you must be a Boomerang Books Account Holder - it's free to sign up and there are great benefits!)