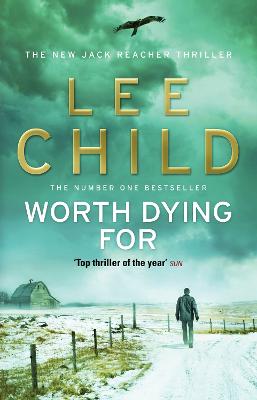 Description - Worth Dying For by Lee Child

61 Hours ended with maverick loner Jack Reacher trapped in a desperate situation from which escape seemed impossible. Even for him. But Reacher has done the impossible before. Now there's deadly trouble in the wilds of Nebraska...and Reacher walks right into it. First he falls foul of the Duncans, a local clan that has terrified an entire county into submission. But it's the unsolved case of a missing eight-year-old girl, already decades-old, that Reacher can't let go. The Duncans want Reacher gone-or dead. And it's not just past secrets they're trying to hide. They're awaiting a secret shipment that's already late-and they have the kind of customers no one can afford to annoy. For as dangerous as the Duncans are, they're just the bottom of a criminal food chain stretching halfway around the world. Reacher - bruised and battered - should have just kept on going. But for Reacher, that was impossible. Worth Dying For is the kind of explosive thriller only Lee Child could write and only Jack Reacher could survive-a heart-racing page-turner no suspense fan will want to miss.

Other Editions - Worth Dying For by Lee Child 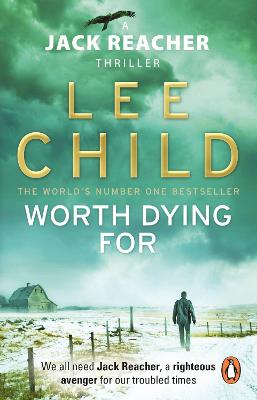 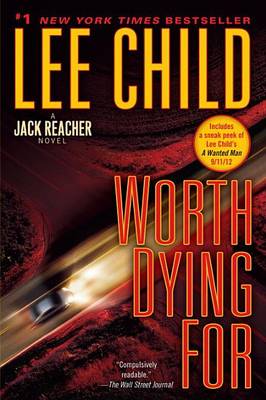 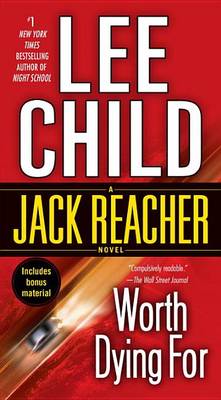 Book Reviews - Worth Dying For by Lee Child

» Have you read this book? We'd like to know what you think about it - write a review about Worth Dying For book by Lee Child and you'll earn 50c in Boomerang Bucks loyalty dollars (you must be a Boomerang Books Account Holder - it's free to sign up and there are great benefits!)

Lee Child is one of the world's leading thriller writers. His novels consistently achieve the number one slot in hardback and paperback on bestsellers lists on both sides of the Atlantic, and are translated into over forty languages. Born in Coventry, he now lives in America. Visit www.jackreacher.co.uk