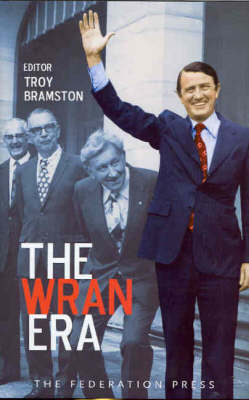 For over a decade, from 1976 to 1986, Neville Wran led the most successful Labor Government in New South Wales history.
Now, for the first time, key ministers, advisers, public servants, party and union officials, and Wran himself, provide a critical retrospective on the era and its legacy today.
It was an era of unrivalled electoral success - four electoral victories were won, including two 'Wranslides' in 1978 and 1981. Wran was a hugely popular leader who galvanised Labor supporters around the nation, and provided the model for modern Labor leadership and government.
It was also an era of sound economic management and moderate progressive reform which transformed New South Wales in ways taken for granted today.
Significant policy achievements, and some mistakes, are noted in health, education, transport, conservation, consumer affairs, Aboriginal affairs, the status and rights of women, industrial relations, anti-discrimination and equal opportunity law reform, the arts and heritage protection, the public service, and electoral and institutional reform.
The contributions cover key policy areas, politics and elections. The candid views of the main players are balanced with those of academics, journalists and commentators. New interviews, original research and fresh analysis combine to provide a unique perspective on The Wran Era.
The Wran Era in the Paper..."The Balmain boy who became a Labor Party hero: Neville Wran dead at 87", The Australian April 21, 2014 Read full article...

Other Editions - The Wran Era by Troy Bramston 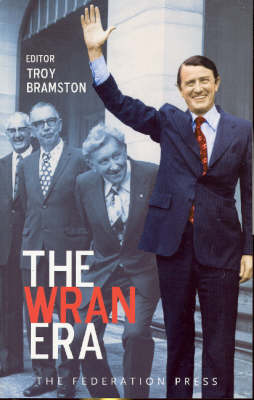 » Have you read this book? We'd like to know what you think about it - write a review about Wran Era book by Troy Bramston and you'll earn 50c in Boomerang Bucks loyalty dollars (you must be a Boomerang Books Account Holder - it's free to sign up and there are great benefits!)


A Preview for this title is currently not available.
More Books By Troy Bramston
View All

Rudd, Gillard And Beyond: Penguin Special
No Stock on Hand, Supplier Has No Due Date for Supply.
$8.99 $9.99