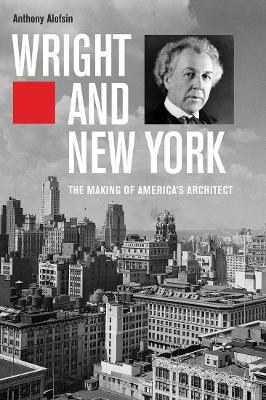 Wright and New York: The Making of America?s Architect

Description - Wright and New York: The Making of America?s Architect by Anthony Alofsin

A dazzling dual portrait of Frank Lloyd Wright and early twentieth-century New York, revealing the city's role in establishing the career of America's most famous architect

Frank Lloyd Wright (1867-1959) took his first major trip to New York in 1909, fleeing a failed marriage and artistic stagnation. He returned a decade later, his personal life and architectural career again in crisis. Booming 1920s New York served as a refuge, but it also challenged him and resurrected his career. The city connected Wright with important clients and commissions that would harness his creative energy and define his role in modern architecture, even as the stock market crash took its toll on his benefactors.

Wright denounced New York as an "unlivable prison" even as he reveled in its culture. The city became an urban foil for Wright's work in the desert and in the "organic architecture" he promoted as an alternative to American Art Deco and the International Style. New York became a major protagonist at the end of Wright's life, as he spent his final years at the Plaza Hotel working on the Guggenheim Museum, the building that would cement his legacy.

Anthony Alofsin has broken new ground by mining the recently opened Wright archives held by Columbia University and the Museum of Modern Art. His foundational research provides a crucial and innovative understanding of Wright's life, his career, and the conditions that enabled his success. The result is at once a stunning biography and a glittering portrait of early twentieth-century Manhattan.
]]>

» Have you read this book? We'd like to know what you think about it - write a review about Wright and New York: The Making of America?s Architect book by Anthony Alofsin and you'll earn 50c in Boomerang Bucks loyalty dollars (you must be a Boomerang Books Account Holder - it's free to sign up and there are great benefits!)


A Preview for this title is currently not available.
More Books By Anthony Alofsin
View All