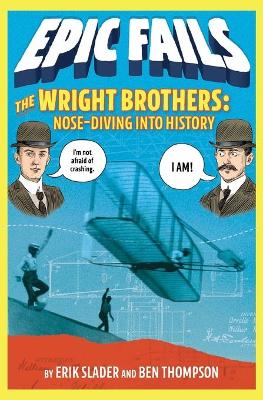 Although the Wright Brothers are now celebrated as heroes for their groundbreaking contributions to science and engineering as the first men to successfully manage powered, piloted flight, their eventual success was built on the back of a lot of nosedives. It took the self-taught engineers years of work and countless crashes before they managed to remain airborne for a mere twelve seconds! In this hilarious first installment of the Epic Fails series, Ben Thompson and Erik Slader take readers through the the Wright Brothers' many failed attempts at flight before achieving their groundbreaking success, laying the foundation for aviation as we know it today.

The Epic Fails series explores the humorous backstories behind a variety of historical discoveries, voyages, experiments, and innovations that didn't go as expected but succeeded nonetheless, showing that many of mankind's biggest success stories are the result of some pretty epic failures indeed.

Other Editions - The Wright Brothers: Nose-Diving Into History (Epic Fails #1) by Ben Thompson 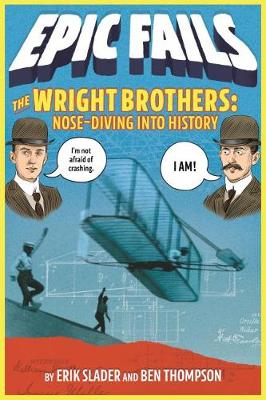 » Have you read this book? We'd like to know what you think about it - write a review about Wright Brothers: Nose-Diving Into History (Epic Fails #1) book by Ben Thompson and you'll earn 50c in Boomerang Bucks loyalty dollars (you must be a Boomerang Books Account Holder - it's free to sign up and there are great benefits!)

Ben Thompson is the author of a dozen books on various awesome historical subjects including the Guts & Glory series, and has appeared on television programs for the History Channel, Discovery, and the American Heroes Channel. He has written for Cracked, Fangoria, Soldier of Fortune, and The American Mustache Institute, currently owns four swords (if you count a letter opener shaped like Glamdring the Foe-Hammer), and can occasionally beat the Star Wars Trilogy arcade game with a single quarter. Erik Slader is the creator of "Epik Fails of History" a blog (and podcast) about the most epic fails... of history.

A Preview for this title is currently not available.
More Books By Ben Thompson
View All