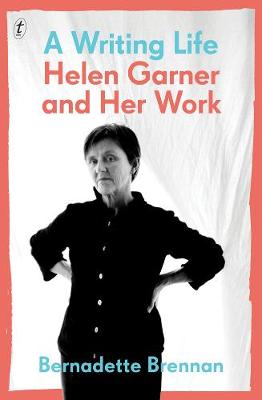 Helen Garner and Her Work

The first full-length study of Helen Garner's work, and a lively literary portrait that maps Garner's writing against the different stages of her life.

Helen Garner is one of Australia's most important, and some would say, most admired living writers. That admiration is inspired by a sense that she is honest, authentic and fearless in the pursuit of her craft. But Garner also courts controversy, not least because she refuses to be constrained by the rules of literary form. She appears to write so much of herself into her non-fiction, and many of her own experiences inform her fiction.

But who is the 'I' in Helen Garner's work?

Dr Bernadette Brennan has had access to previously unavailable papers in Garner's archive, and she provides a lively and rigorous reading of the books, journals and correspondence of one of Australia's most beloved women of letters. A Writing Life is the first full-length study of Garner's work, a literary portrait that maps Garner's writing against the different stages of her life.

» Have you read this book? We'd like to know what you think about it - write a review about Writing Life book by Bernadette Brennan and you'll earn 50c in Boomerang Bucks loyalty dollars (you must be a Boomerang Books Account Holder - it's free to sign up and there are great benefits!)

Dr Bernadette Brennan is an academic and researcher in contemporary Australian writing, literature and ethics. She is the author of a number of publications, including a monograph on Brian Castro and two edited collections- Just Words?- Australian Authors Writing for Justice (UQP 2008), and Ethical Investigations- Essays on Australian Literature and Poetics (Vagabond 2008). She lives in Sydney.