They are the Rebel Alliance's ultimate strike force--sleek, swift, and deadly. For these X-wing fighters, no job is too dirty or too dangerous. Now they must rise to meet an impossible challenge- stop a powerful warlord by pretending to be his ally.Against all odds, the controversial Wraith Squadron has survived its first covert mission. But now they are called upon to cheat death twice. This time Wedge Antilles sends them in to stop the warlord Zsinj and his Super Star Destroyer, Iron Fist. If Zsinj joins the Empire, it could turn the tide of war against the Rebels. The Wraith Squadron's mission- infiltrate the warlord's fleet and uncover his carefully guarded plans. To do so, they must pose as ruthless pirates seeking to join Zsinj's forces. And that means first becoming pirates in space lanes teeming with Imperial Navy patrols. If that isn't enough to get them killed, they'll have to pass one last test--a suicide mission for Zsinj.Can they survive the test and turn the tables on Zsinj?Or is this the end for Wraith Squadron?

» Have you read this book? We'd like to know what you think about it - write a review about X-Wing 006 book by Aaron Allston and you'll earn 50c in Boomerang Bucks loyalty dollars (you must be a Boomerang Books Account Holder - it's free to sign up and there are great benefits!)

Aaron Allston was the New York Times bestselling author of thirteen Star Wars novels as well as the Doc Sidhe novels, which combine 1930s-style hero-pulp fiction with Celtic myth. In addition to being a writer, he was a game designer, and in 2006 he was inducted into the Academy of Adventure Gaming Arts and Design Hall of Fame. Allston died in 2014. 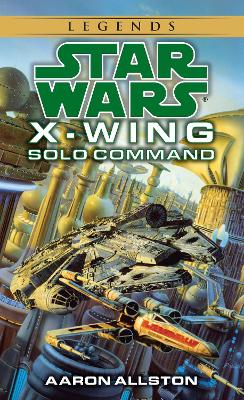 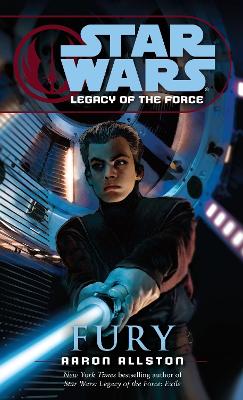 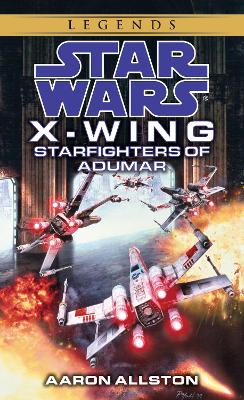