The new Essex-based thriller from the author of BLACKWATER and the Detective Jack Frost prequelsJuly 1983, Essex. A boy playing hide-and-seek sees a fox tugging at something up on a railway embankment. He approaches it cautiously. Seconds later, a blast is heard, and rooks ascend from the poplars surrounding the farmhouse at which the boy is spending his summer holiday with cousins.DI Nick Lowry is called upon to investigate two deaths at Fox Farm, the home of eminent historian Christopher Cliff. The body in the farmhouse kitchen is Cliff himself, having seemingly taking his own with an antique shotgun. The fox-disturbed body on the property boundary is as yet unidentified.Lowry is already under pressure: County Chief Merrydown was at college with Cliff and knows the family. He must enlist colleagues Daniel Kenton and Jane Gabriel to answer two key questions: just who was at the house with Cliff that morning, and just what has since happened to Cliff's wife?

Other Editions - Yellowhammer by James Henry 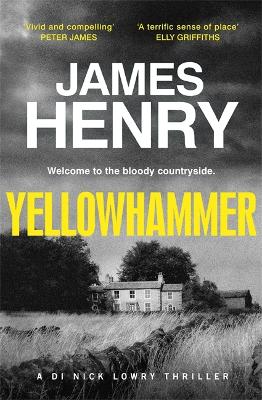 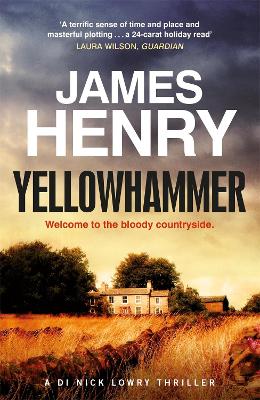 » Have you read this book? We'd like to know what you think about it - write a review about Yellowhammer book by James Henry and you'll earn 50c in Boomerang Bucks loyalty dollars (you must be a Boomerang Books Account Holder - it's free to sign up and there are great benefits!)

James Henry is the pen name for James Gurbutt, who has written four prequels to R D Wingfield's popular Frost series. He works in publishing, and enjoys windsurfing and long lunches.

A Preview for this title is currently not available.
More Books By James Henry
View All