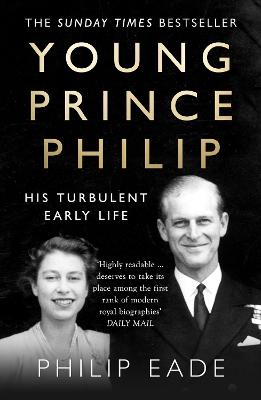 'The narrative is as suspenseful as any thriller. Truly, an excellent read' Lynn Barber, Sunday Times

In the first book to focus exclusively on his life before the coronation, acclaimed biographer Philip Eade uncovers the extraordinary story of the prince's turbulent upbringing in Greece, France and Nazi Germany, during which his mother spent five years in a secure psychiatric clinic and his father left him to be brought up by his Mountbatten relations in England just when he needed him most.

Remarkably the young prince emerged from this unsettled background a character of singular vitality and dash - self-confident, capable, famously opinionated and devastatingly handsome. Girls fell at his feet, and the princess who was to become his wife was smitten from the age of thirteen.

Yet alongside the considerable charm and intelligence, the prince was also prone to volcanic outbursts and to putting his foot in it. Detractors perceived in his behaviour emotional shortcomings, a legacy of his traumatic childhood, which would have profound consequences for his family and the future of the monarchy.

Containing new material from interviews, archives and film footage, this revelatory biography is the most complete and compelling account yet of his storm-tossed early life. 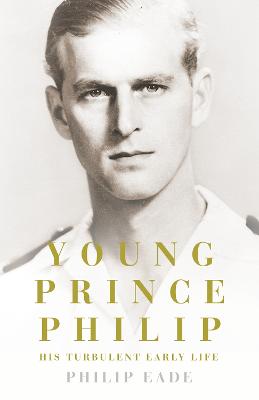 » Have you read this book? We'd like to know what you think about it - write a review about Young Prince Philip book by Philip Eade and you'll earn 50c in Boomerang Bucks loyalty dollars (you must be a Boomerang Books Account Holder - it's free to sign up and there are great benefits!)

Philip Eade read History at Bristol University. After a year in Spain and a brief career as a criminal barrister, he took up journalism and has since written for a range of publications including Euromoney, Marie Claire and the Daily Telegraph. His first book, Sylvia, Queen of the Headhunters was published in 2007 to widespread critical acclaim.

A Preview for this title is currently not available.
More Books By Philip Eade
View All