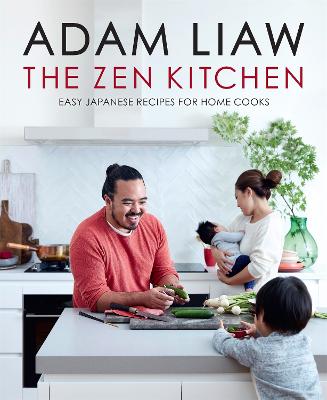 We love Japanese food. It's fast, healthy, easy and delicious.There's a reason Japan has some of the longest-lived, healthiest and most food-loving people on the planet. The secret is simple preparation of good ingredients, which makes Japanese cuisine perfect for you to cook at home.If you thought it was just sushi, think again. In THE ZEN KITCHEN, Adam Liaw guides you through his family favourites like Salt-grilled Salmon, Teriyaki Pork and Mushroom Rolls, Sukiyaki, Sashimi Salad, and Green Tea Roll Cake. These delicious dishes, and many more, will bring new favourites into your kitchen.With Adam's simple and accessible style and his belief that cooking is a celebration of food, philosophy and culture, THE ZEN KITCHEN is your practical guide to cooking tasty Japanese family food at home.

Other Editions - The Zen Kitchen by Adam Liaw 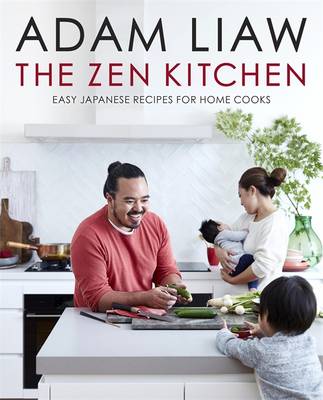 » Have you read this book? We'd like to know what you think about it - write a review about Zen Kitchen book by Adam Liaw and you'll earn 50c in Boomerang Bucks loyalty dollars (you must be a Boomerang Books Account Holder - it's free to sign up and there are great benefits!)

Adam Liaw is a cook, author and television presenter also well-known as the winner of MasterChef Australia. A former lawyer, Adam worked in the corporate world for more than a decade and is acutely aware of the challenges facing the working cook. His best-selling debut cookbook, TWO ASIAN KITCHENS and its follow-ups, ASIAN AFTER WORK in 2013 and ADAM'S BIG POT in 2014 and ADAM LIAW'S ASIAN COOKEREY SCHOOL were praised by critics and food lovers alike. His latest release, THE ZEN KITCHEN, is a beautifully designed cookbook that makes Japanese meals easy for the family cook to prepare. A regular contributor to numerous publications, including THE SYDNEY MORNING HERALD, FEAST magazine and the WALL STREET JOURNAL's SCENE ASIA, Adam also hosts the popular SBS television food and travel series DESTINATION FLAVOUR, DESTINATION FLAVOUR: JAPAN and DESTINATION FLAVOUR: SCANDINAVIA. He lives with his family in Sydney, Australia. For more information visit http://adamliaw.com/