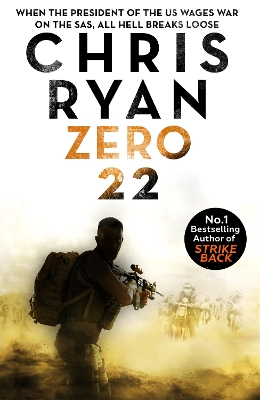 The SAS is operating covertly in the wartorn badlands of northern Syria. They know it will be gritty, bloody and dangerous. But when Regiment legend Danny Black's unit, codenamed Zero 22, is tasked with a more routine operation, they don't expect it to end the way it does: in compromise and massacre, orchestrated by the shadowy Wagner Group, a paramilitary organisation in thrall to the Russian president. Back in the UK, Danny learns that his unit was betrayed by a mole feeding high-level military intelligence to the Russians. Like any SAS man worthy of the name, his first thought is to avenge the men who lost their lives on the Zero 22 op. He has no hesitation in accepting the mission to assassinate the man responsible for the death of his mates. But the headshed have more complicated plans and Danny finds himself operating with a face from his past whom he never thought he would see again. Together they embark on a high-risk, deniable mission that will require all Danny's Regiment skills if they are to have any hope of success. As the mission unfolds, however, Danny learns that darker forces are at play. And when everything he thinks he knows gets turned on its head, he realises that what started out as an act of revenge is just a single play in a conspiracy that will take him across the continents and pit him not only against the highly trained militants of the Wagner Group, but against the Kremlin, the White House and the insidious machinations of the most powerful men in the world. 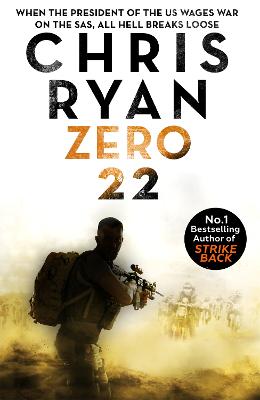 » Have you read this book? We'd like to know what you think about it - write a review about Zero 22: Danny Black Thriller 8 book by Chris Ryan and you'll earn 50c in Boomerang Bucks loyalty dollars (you must be a Boomerang Books Account Holder - it's free to sign up and there are great benefits!)