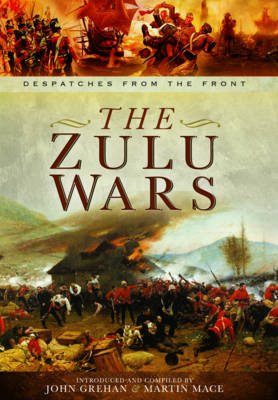 The events at Rorke's Drift, the iconic defence of a mission station by a small force of British and colonial troops, were immortalised in the 1964 film Zulu. In January 1879, a small garrison of just over 150 British and colonial troops successfully defended the mission against a force of 3,000 to 4,000 Zulu warriors. The fierce, but piecemeal, Zulu attacks on Rorke's Drift came very close to defeating the defenders but were ultimately repelled. Eleven Victoria Crosses were awarded to the defenders. The battle at Rorke's Drift was an early engagement in the Zulu War. Lasting between January and July 1879. Noted for several particularly bloody battles, including a stunning opening victory by the Zulu at Battle of Isandlwana, as well as for being a landmark in the timeline of imperialism in the region the war ended in a British victory and the end of the Zulu nation's independence. This unique collection of original accounts will prove to be an invaluable resource for historians, students and all those interested in what was one of the most significant periods in British military history. SELLING POINTS: First time full collection of Despatches reports have been published Unique insight into what happened from those in command Despatch reports given context by two leading military historians New series covering entire history of British Army ILLUSTRATIONS: 16 pictures and 2 maps

» Have you read this book? We'd like to know what you think about it - write a review about Zulu Wars book by John Grehan and you'll earn 50c in Boomerang Bucks loyalty dollars (you must be a Boomerang Books Account Holder - it's free to sign up and there are great benefits!)

Martin Mace has been involved in writing and publishing military history for more than twenty years. He began his career with local history, writing a book on the Second World War anti-invasion defences and stop lines in West Sussex. In 2006 he began working on the idea for Britain at War Magazine, This publication has grown rapidly to become the best-selling military history periodical. John Grehan has written more than 150 books and articles on military subjects, covering most periods of history. John is currently employed as the Assistant Editor of Britain at War Magazine.