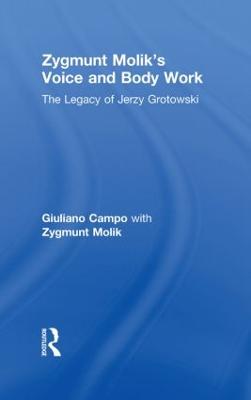 The Legacy of Jerzy Grotowski

One of the original members of Jerzy Grotowski's acting company, Zygmunt Molik's Voice and Body Work explores the unique development of voice and body exercises throughout his career in actor training.

This book, constructed from conversations between Molik and author Giuliano Campo, provides a fascinating insight into the methodology of this practitioner and teacher, and focuses on his 'Body Alphabet' system for actors, allowing them to combine both voice and body in their preparatory process.

The book is accompanied by a DVD containing the films Dyrygent (2006), which illustrates Molik's working methods, Acting Therapy (1976), exploring his role in the Theatre of Participation, and Zygmunt Molik's Body Alphabet (2009). It also includes an extensive photo gallery documenting Zygmunt Molik's life and work. 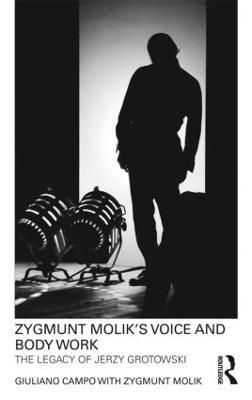 » Have you read this book? We'd like to know what you think about it - write a review about Zygmunt Molik's Voice and Body Work book by Giuliano Campo and you'll earn 50c in Boomerang Bucks loyalty dollars (you must be a Boomerang Books Account Holder - it's free to sign up and there are great benefits!)


A Preview for this title is currently not available.
More Books By Giuliano Campo
View All